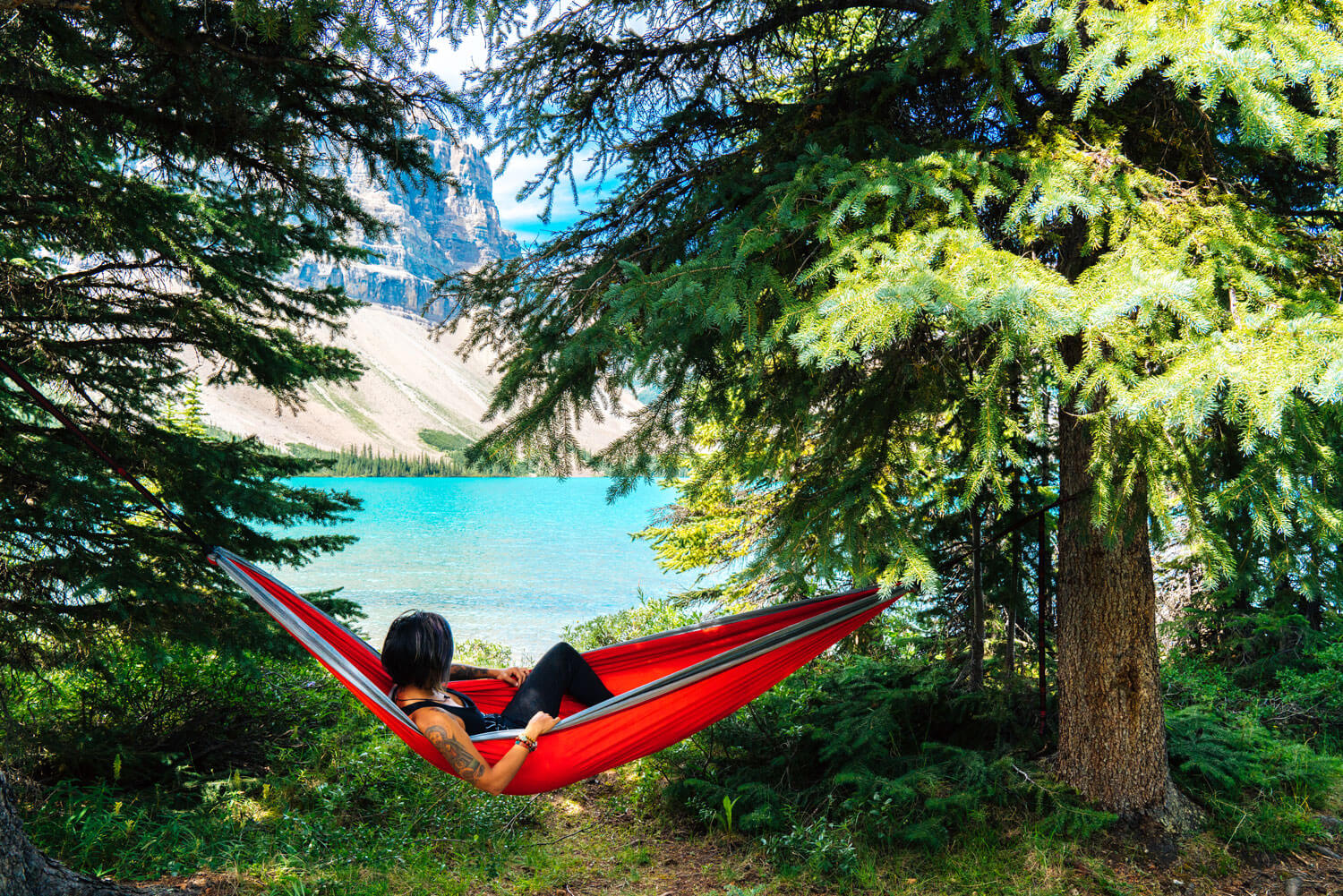 Recently we were offered a Bear Butt hammock to review on this here site. Since we’re suckers for hammocks we decided to give it a go and see what we thought.

First of all, this is a hammock. It’s a technology that dates back to the Romans. How do I know that? I don’t. I just figured that since the Romans invented other cool things, they probably had a hand in inventing the hammock. Or not. Point is, we all know hammocks and what they do. Every now and again some company comes along professing to have reinvented the thing only to discover when you use it that it feels pretty much the same as the previous hammock.

The Bear Butt hammock seems nearly identical to the other hammocks we own from Eno. But there are some subtle differences. For example, the carabiners on the Bear Butt are made of lightweight metal and they feel very sturdy. Compared to the plastic ones that come with the Enos we have this little difference served as a peace of mind upgrade. I’ve always eyed those plastic carabiners with suspicion and seeing these metal ones on the Bear Butt elicited a sigh of relief. I’m always scared the plastic ones will fail me in the middle of a nap but metal has never failed me.

Another thing I liked immediately about the Bear Butt was the thickness of the material used. Like I said above, we haven’t used this hammock many times (because we’ve been working so much this summer and haven’t gotten out and explored much) so we can’t say that the thickness of the material may lend to its durability though I imagine that it being thicker and having fatter thread holding it all together is probably a good indicator it will last longer. And who doesn’t want to last longer, ammiright? So, the fabric’s thickness was something I immediately took note of and liked. That thickness seems to also do a marginally better job than our Enos at blocking wind.

However, the biggest down side to me was the feel of the fabric. It’s a bit less smooth and silky than the Eno hammocks and that makes the hammock feel cheap in that regard. And the hammock is cheap…price wise that is. The Bear Butt Lumberjack Hammock is $35.97 which is about $34 less than the comparable Eno ($69.95), and even though my bourgeoisie skin likes the feel of the Eno better, my wallet feels differently about the equation.

One last thing before concluding, Bear Butt has a lot of different and fun colored and patterned hammocks available. Ours was bright red and gray and looked quite beautiful surrounded by so much green. Check out a color wheel and you’ll discover that that color combo is a complimentary color scheme. My compliments to the product designer for the bright color choices.

Like I said before, hammocks have been around for a while and innovations in hammocks are mostly illusory upgrades that you end up paying more for to rock a fancy marsupial or bird logo. Keep it simple and Bear Butt has done exactly that while also adding some nice peace of mind features that they manage to sell for much less than their competitors. Kudos, you bare assed hammock loving company.

*Full disclosure: Bear Butt approached us about collaborating in some way with them and we offered to write review of their hammock and do a give-away to our followers on Instagram.