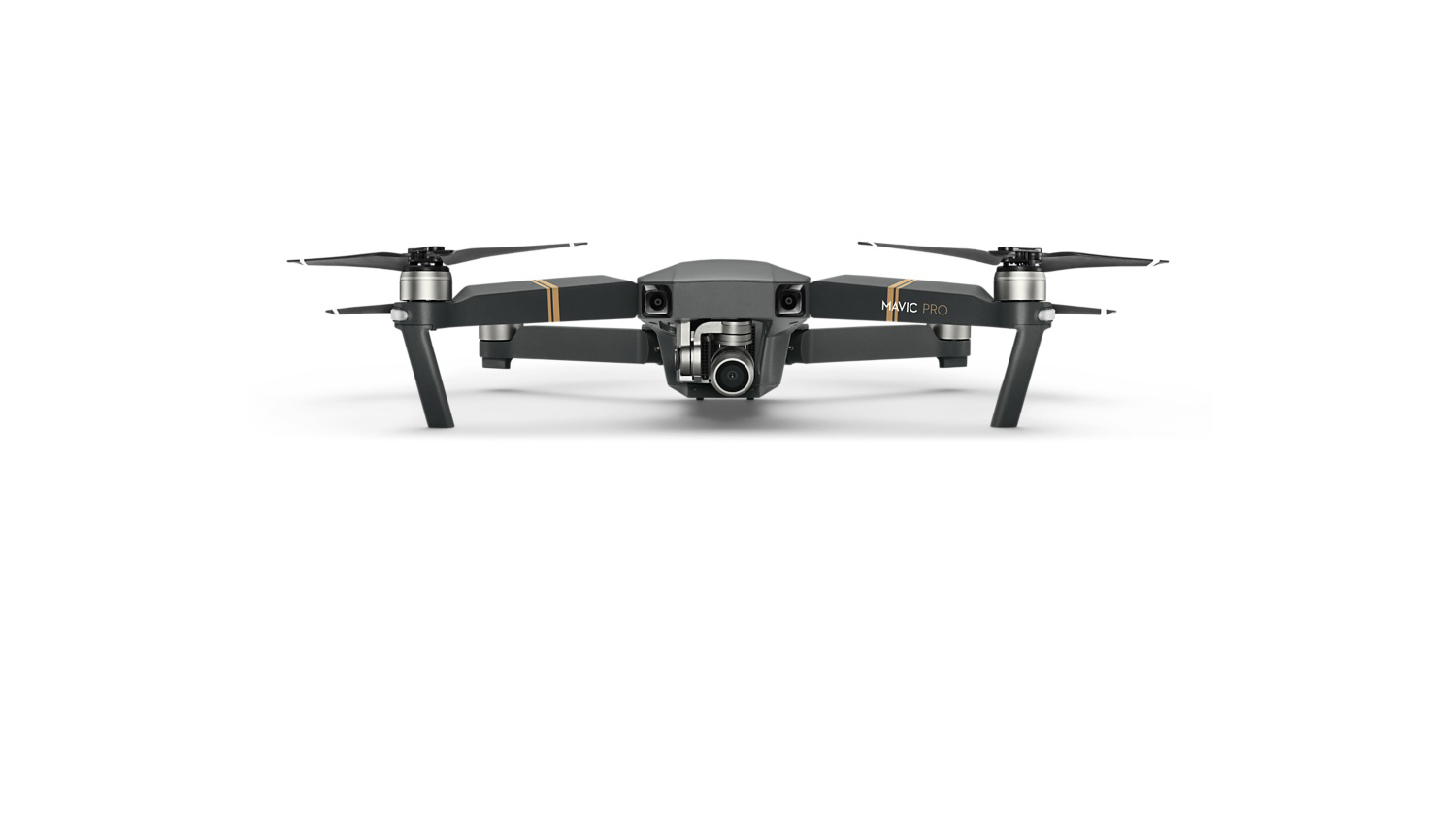 Early in 2017 I bought a DJI Mavic Pro. Specifically, I bought the Mavic Pro Fly More bundle. I’ll go into more detail about what that includes later. We’ve wanted a drone again for some time since selling our DJI Phantom 2 but we didn’t want anything that took up the space of that aircraft. Even the newer Phantom’s are fairly large and because space is at a premium in the van, size matters. Heh, heh. I keep a pretty close eye on new releases for aerial photography platforms and the trend last year seemed to be that these aircraft were getting smaller and smaller. I nearly pulled the trigger on buying the GoPro Karma system and boy am I glad I didn’t. So, I waited like everyone else for DJI to catch up to the demand generated by their Mavic and I finally got one in February.

It was love at first site. I simply can’t believe the footprint of the Mavic. It is so incredibly small that you have to hold one personally to really appreciate what DJI has achieved with this remarkable piece of gear. I feel like it could fit into a fanny pack and I fear that the older I get, the more likely I am to rock such a fancy piece of fashion above my crotch. But size, they tell me, isn’t all that matters. How does it fly and more importantly what’s the quality of the images that it produces?

To fly the Mavic, you need to first download the DJI Go 4 app. The app is pretty intuitive and nicely designed. Everything is where it should be and it alerts you automatically when there is an update to the firmware on your aircraft. With the app downloaded, you’re ready to fly. My iPhone 6s Plus fits quite snuggly into the Mavic’s controller unit (DJI calls it the OcuSync Transmission System) but the large screen makes flying the Mavic a bit easier in my opinion. Unfold the aircraft and lift off.

Now, here’s a little bit of history, the first time I ever flew my DJI Phantom 2, it flew away on its own and straight into a tree sending it tumbling to the earth below in a stomach turning crash that ended up costing me $600 in repairs. To say I was a little bit leary of having the same thing happen the first time I flew the Mavic would be an understatement. I think I actually closed my eyes as the Mavic lifted off. And you know what, it just hovered there, perfectly still, waiting for me to send it off. It was a dream to fly, so incredibly smooth and simple to increase and decrease altitude, it stops on a dime, turns like a jet fighter and it’s really fast. DJI professes that in Sport Mode the Mavic will achieve 40mph. I’ve yet to achieve speeds faster than 34mph.

While in flight, making adjustments to the shutter speed, ISO, and other parameters to the onboard camera is easy, and switching between taking photos and video is as simple as pressing the associated buttons on the top of the controller with your free index fingers. However, it is here the Mavic’s size and form factor begin to show the limits of the technology. The camera is incredibly good for being on such a small platform (1/2.3” (CMOS) 12mega pixel camera) but it isn’t as good as the Phantom 4 or DJI’s raw capture cameras like its X4S or X5S (Obviously, right? You pay a huge premium for those high end cameras and the Mavic isn’t that kind of platform). Truth be told, the image quality is about as good as what we got on the iPhone 6. The colors are a bit muddy and footage shot in 1080p is downright ugly. I’ve noticed that images tend to be crispest nearer the drone (in its direct area of focus) and that as the focus drops off in the background of an image, the blur the small sensor creates looks icky and jumbled. In my larger cameras I’m used to the blur creating a beautiful sort of bokeh look and the softness of the blurry, out of focus areas lend a certain artful quality to the overall composition. Not so with the camera on the Mavic, but what could I expect from a camera with such a small sensor? Not a huge fan of that drawback but the trade off in size, maneuverability, and capabilities more than makes up for it. If you find yourself shooting video with the Mavic, shoot in 4K. This resolution seems to have the best color fidelity. And if you want to spend the time color grading in post, shoot in DJI’s cine-log format to help reduce some of the muddiness in the shadows of the image.

All that being said about the camera, it is still good! So it has some drawbacks but let’s not forget sensor size is to blame, and shit, y’all, the quality from the iPhone 6 was award winning and if the Mavic is shooting that level of quality, my quibbles are just that: niggling annoyances that bother me just because I typically shoot photos on a full frame beast of a camera and I get all silly about quality when something doesn’t match my A7RII. Straight up, the quality is good enough and you can shoot photos in raw DNG giving you an enormous amount of control in post to increase/decrease shadows/highlights and manage color better. The dynamic range of the camera isn’t great but that’s to be expected on such a small sensor. If you’re after National Geographic level quality, get a bigger, much more expensive aircraft.

The DJI Mavic Pro has a number of different flight modes all designed for different circumstances and cinematic shots. The ones I use mostly are Tripod mode and Cinematic mode. Tripod mode essentially slows the drone down to a top speed of 4mph so that you can capture smooth, slow, stable shots. It’s also stable enough to allow you to hover in place and capture a time-lapse from the air. How rad is that?!

Cinematic mode is similar to tripod mode except the drone can fly much faster. When turning or stopping the Mavic sort of eases into each movement so that each adjustment is more soft and buttery. I use this mode the most.

Other modes are Active Track which allow you to track a target you have designated like a person or a vehicle. I haven’t used this much as I’ve only recently figured out how to make it work but it looks like it’s going to be a new favorite. And yet another is Terrain Follow which allows the Mavic to maintain a specific altitude above the ground. This is great when you’re following a target and the terrain is increasing in altitude as your subject moves along.

I bought the Mavic Pro Fly More bundle which on amazon sells for just under $1200. It comes with a controller, two extra batteries, extra propellers (none of which I have needed thus far because I’m pretty much the Eddie Rickenbacker of drone flying*), a 12v charging accessory which is indispensable to us since we charge almost exclusively from our onboard battery setup,  a charging hub, and an awesome carrying bag. I’ve been extremely happy with my Mavic except three things:

1. The camera image quality which I already mentioned above. Not a deal breaker at all, just something to keep in mind.

2. I had to send my Mavic to DJI because I was getting an IMU error which prevented the drone from calibrating. Nothing I did with DJI’s Tech Support fixed the issue so I sent it in for repair/replacment (they replaced it).

3. I’ve had issues with one of my batteries. I’ve sent the item to DJI for repair and received the battery back with the same issue. Still working on a solution for this. Honestly, I am not a big fan of DJI’s support…at all. But I guess it’s better than it used to be when it pretty much didn’t even exist. I think they’ll improve this over time.

If and when you buy this aircraft (and why not ‘cause it’s friggin’ dope) make sure you buy the DJI Care Refresh product. It’s essentially a replacement program in the event you have a problem with your aircraft. It covers water damage and they will replace your Mavic up to two times in a given year.

I give this piece of gear 4.5 stars. It’s awesome and I want to marry it.

If you want to read more about what cameras we recommend take a gander at this article.