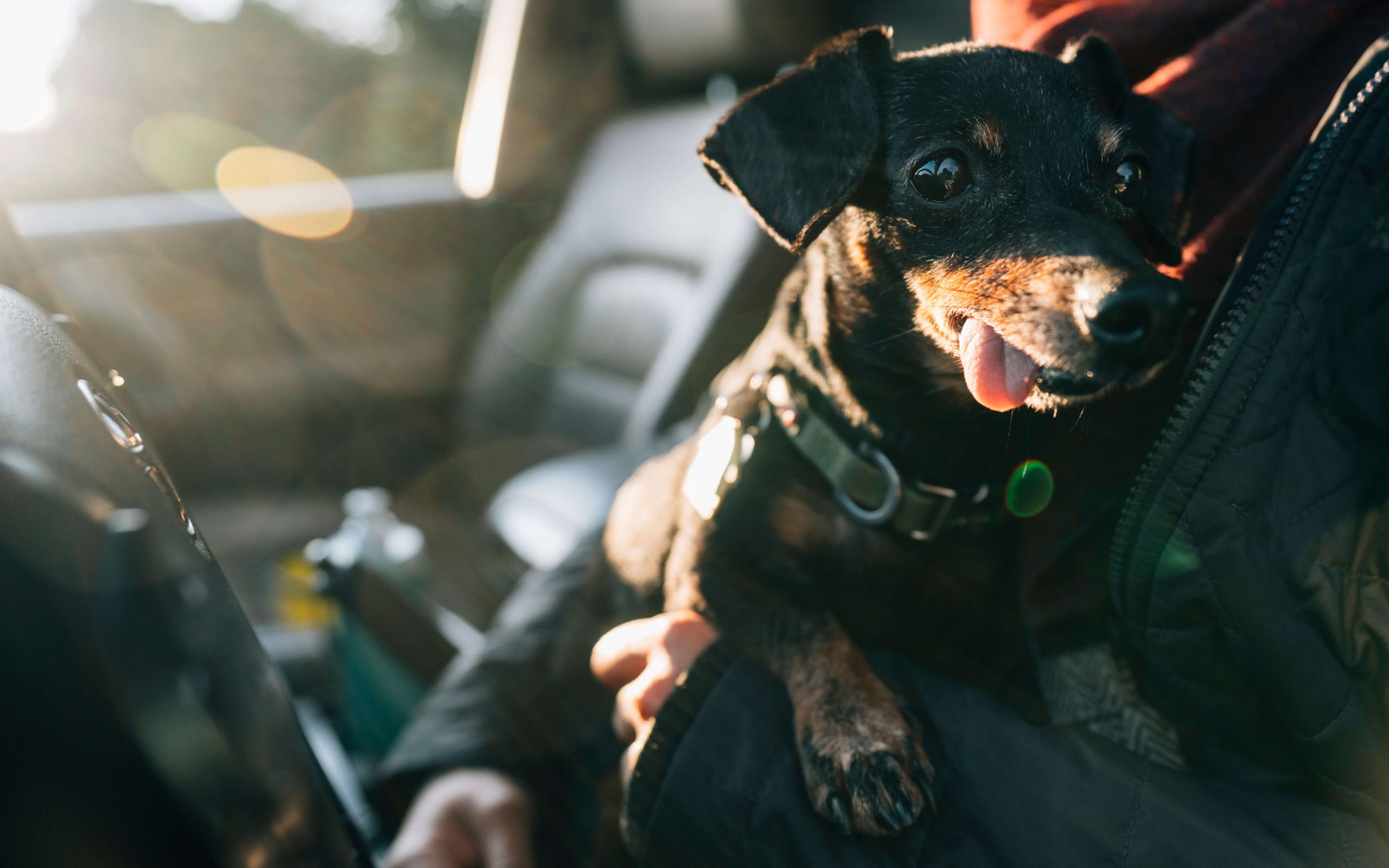 If you follow us on Instagram, you’ve likely learned by now that Linus passed away Friday, September 25th. He’d been battling skin infections, painful cataracts, loss of mobility in his hind legs, and ever worsening dementia that left him searching night after night for a place to lay down. Jessica would have to get up – on a good night – three or four times to change his diaper, sooth him, and help him find his bed, but those were the good nights. They were becoming more scarce each week. Jessica was exhausted and Linus was showing the wear from it all.

He was so tired.

I know to some folks he’s just a dog, a sort of play thing one keeps for company and companionship but that in the end, the passing of a pet is an event that is easily overcome with the acquisition of a new, fresh one. And while I could wax nostalgic of how he was a good friend and great adventure dog, a living, breathing, yapping, shitting, playing real–life–teddy–bear who brought immense joy (and pissed stained mattresses), I think watching Petunya’s and now Linus’ slow collapse into old age brings a visceral immediacy to my own mortality that my youth is wont to ignore.

The last photo we ever got of Linus before his passing.

Linus sitting on the couch only a few hours before his passing.

He loved rubbing his face in Jorge’s beard.

Few things are as difficult as choosing to say goodbye forever.

Letting him know he was loved.

Jessica prepared for this moment for months.

Microcosms of the Manifold

Life goes by so fast, every moment a shivering and fragile fragment leading invariably to the next one before you can even recognize a moment has passed. In the mere recognition of the moment itself one is hit with the reality that that moment has already slipped through the grasping of that flicker and we’re already nearly infinite moments removed from what has transpired. Pile these all on top of one another and you get the arbitrary measure of a second. Sixty of those and one gets a minute. You know how to tell time so I won’t bore you with what happens next but I think you get the picture.

It all comes and goes, comes and goes, and before long an unfamiliar wrinkle has appeared at the edge of your eye, a gray hair has sprouted or maybe fallen out. Fuck, man, it all happens so damn fast. Through it all what seems to remain are the familiar cycles of thought that loop and loop which appear to be the only thing that remain constant over the years: events elicit the same reaction over and over, and no matter how the context changes, the models of the mind synthesize the manifold uniformly from childhood through to old age.

Dogs are a kind of microcosm of that reality. They, like us, have their personality and you can almost guarantee how they will react when presented with a stick or a squirrel or an ocean. Dismissively I’ve said, “Dumb dog. So predictable.” But I am the same only I flood my reactions with rationalizations to make it seem as if I am somehow above it all. I’m not. I’m just more apparently complex and yet at base, my personality, just like Linus’, is wedded to mental models dictated by my genes, my upbringing, my experiences.

In his old age, Linus would shudder and groan when faced with an approaching shadow. His eyes could no longer distinguish between a real threat and the shadow under a desk. In mid gallop/hobble he would slam on the brakes and recoil as if under attack. For good reason. I was not a good man to Linus in his young age. I treated him in much the same manner my father treated our dogs and us: through beatings to elicit the right reaction, the right behavior. I hurt to think how I affected Linus, how my stupidity, my brazen cruelty played a part in his pain and in how he came to engage with the world around him both in his spry years and in his waning ones.

This is worth dwelling on, the ways in which our experiences, our traumas or stressors and our joys can massage the personality into which we are born. But I won’t here go into it other than to say his 17yrs — and Petunya’s — taught me that a good portion of my reality, my reactions and engagements with the world around me, are to some degree mental constructs finely tuned to keep perceived threats from harming me in any way. I have my own series of shadows against which I fight and shudder rather than receive and integrate. In Linus’ mortality these thoughts take on a new urgency while simultaneously feeling pretentiously solipsistic and engendering a certain shoulder shrugging apathy. After all, he was just a damn dog, right? They die all the time, rarely evoking a meandering write up filled with existential dread. But here we are.

Linus chasing his momma on the coast, California 2009

Linus going for a ride down the dunes, June 2014

Linus wondering what the hell is happening, California 2009

Crispy young Linus stretching in our apartment in Atlanta 2012

Linus’ empty little mouth barking to be let inside, Ireland 2019

Linus being cuddled by Jed of Campervan Culture, Germany 2019

Linus running on a track around Mono Lake, California 2015

He wants in from the cold Irish wind, Ireland 2019

Being held by his momma on the Irish coast, Ireland 2019

There’s a fear I’ve had of his passing since it became a tangible reality. I both wanted to let him go sooner but also felt like I needed him to hang on because of what he represents to me.

Jess and I got him in late 2003 a few months after I’d returned from my tour in Iraq. I didn’t know it then, sitting in denial of the difficulties that experience wrought and how those stressors would come to manifest later in life, but Linus represented the beginning of my journey inward. Ask anyone with combat related PTSD or war-time stress how disorienting it is to return to a country completely aloof about the depth and breadth of soldier’s struggles in theatre. The return is as surreal as the first time a bullet whizzes over your head only it doesn’t end in an instant but persists for years. Sometimes decades.

Over the last year I have seen mountains in my consciousness move, having traversed the complexities of grinding suicidal depression resulting from a mash of experiences both developmental and combat–related that created a tangled mess in my head that tens of thousands of miles of travel could not dissipate. All along those myriad miles Linus hung by, his derpy face, his stupid walk/hop/chicken gait filling moments of tired despair with levity and joy. I never imagined he would come to symbolize what he did.

I got him as a gift forJessica, as a way to mollify the guilt I felt for surviving while others were caught in a desert meat grinder and as a way to escape unmentionable transgressions committed therein. He’s always reminded me of that tumultuous chapter and the consequent ones that stacked upon each other to make a book of memories over the last 17yrs. His little life acted as bookends to my journey, it was a kind of meter by which I’ve measured where I was to where I am. And I fear I’ve not come far enough in that time. The letters I wrote home then in 2003 contain the same anxieties that loop in my head now. So much has changed. So little has changed.

Now he’s gone and I’m left in many ways the same. I don’t know what to make of that, of this life that’s made up of fleeting moments burned away on screens or stuck in depression or collecting miles of memories or working away days to afford the next one and the next one. For what? Ultimately, I fear, for nothing.

I needed him here because he wasn’t just a friend; he kept me anchored to that space on my life’s continuum where I felt like I still had time to make all the progress I wanted, to make a go at meaning, only I didn’t achieve it, and his little body laying on that table—still, lifeless, cooling—is a reminder that no matter how hard I try to make the next moment mean something more than the tired cycles I spin in, the fact remains that one day, this man made up of memories I can’t take anywhere will also be lying still. Camus’ Sisyphus comes to mind here: the entire affair of life and meaning appears as one absurdity after another.

And so what of this journey inward? Where did his last 17yrs lead me? It eludes me still though I catch glimpses from time to time. Maybe this is it, in the struggle to find it? Or maybe I haven’t yet looked deep enough inside. Whatever the case, he is gone and I must once again take the measure, resolving to find some metric by which I can calculate what this next chapter promises to deliver. Or maybe he’s just a damn dog and I’m sad and feeling wordy. I don’t know.

Linus is going to fly away! Ireland 2019

Sunset won’t be the same without these two. November 2014

His first last day in May of 2020 Tennessee

His first last day until we took him to the park and he came alive! Tennessee 2020

On the Olympic Peninsula in Washington, August 2015

In his momma’s arms near the coast, Northern Ireland, UK October 2019

Linus on a forest road in North Carolina standing in front of the Delica, August 2020

Watching the sunrise from a mesa in Arizona, 2017

Fighting the wind in a little Spanish town, Spain 2019

The oldest photo we have of Linus when he was small enough to fit in a jacket pocket.

Where he belongs, with his best friend. Tennessee May 2020

Thank you for your words, sir. I think he would have liked them. I know that I cannot take away the feelings of pain and loss, but please know that I want to. I do not have the verbiage to wax poetic and you don’t need that, however I will be praying for both of you.

Just saw you two on Overland Bound. Excellent discussion. Already knew most of the story but the retrospective expressed in this context was nicely presented. I really like how you made the point that your past setbacks have led you to your present and future. Beautiful reconciliation!

Love to you both! Thanks for the inspiration!