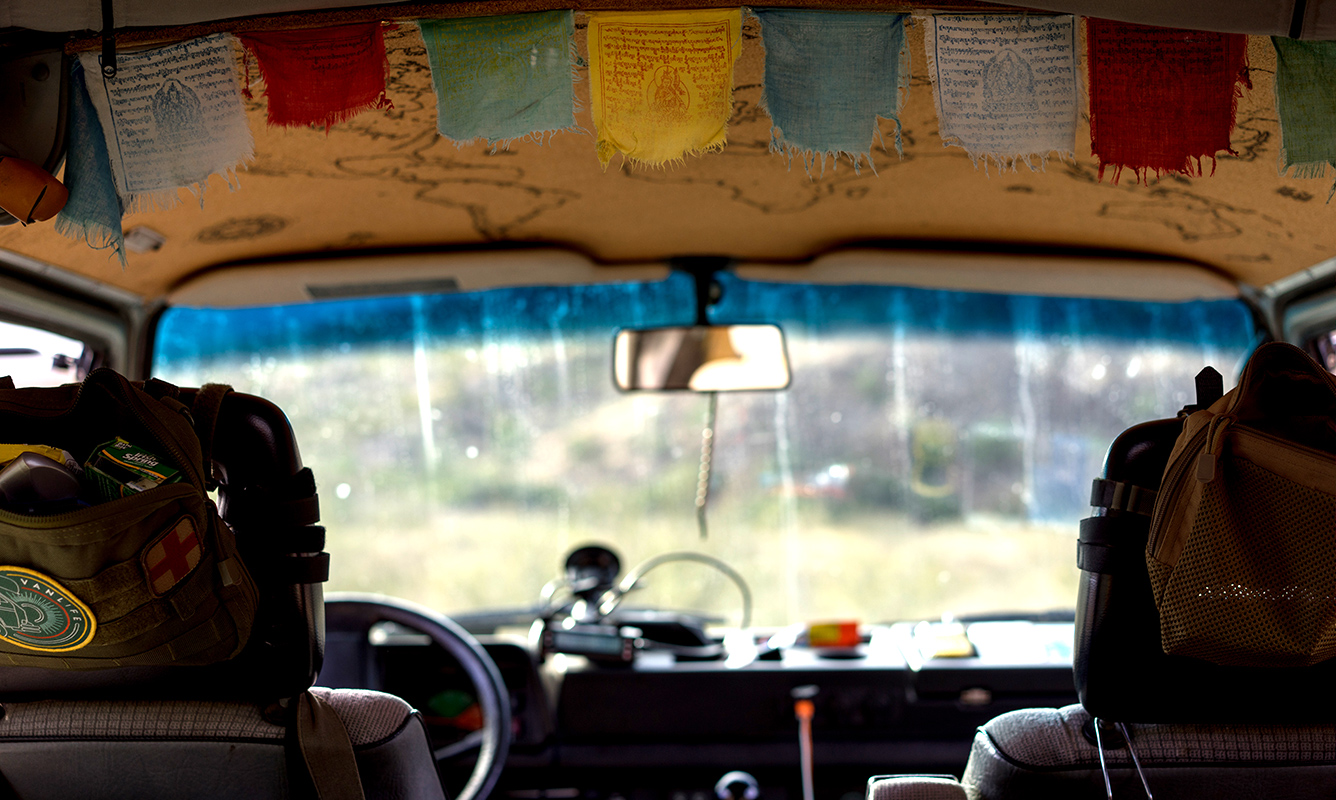 A few years back when Jess and I were still in design school we started traveling regularly. First to New York City and then a few months later on a two week road trip around California. We’d traveled before, but only for short excursions and vacations. These road trips brought us closer, exposed us to new experiences and provided much needed creative inspiration. Three months after the California trip we went on a 5000 mile road trip around the West and we fell in love with empty Western roads, the scenery, the sheer size of the sky and the mountains that pierced it. We loved the dry air and the colors of the sunset and how the land and sky are painted every evening for as far as your eye can see, and I think that’s when this idea to live on the road started to really manifest itself. I’d heard others talk of it before like our friend Hannah but we never really thought too much more than that this is something you do later in life when you retire or if you have a ton of money to burn through or if you just want to be a semi homeless hippie. So for the time, we settled for planning regular trips and hitting the road whenever we could.

We’ve been married for 15 years. In that time we’ve lived in 12 different places. Seven of those from 2008 to 2012. Needless to say, we’ve never been good at staying put. And no matter where we moved, no matter how right a location was or how cheap or eclectic or big or small, within a few months we were ready to move somewhere else. Some of these places we lived in because of financial hardship and others because we could finally afford something nicer, but nowhere ever felt like home. So when our leases were up, we’d move and move and move again. And we remained restless as ever. At our last place we had a really nice set up. We finally had most of the furniture we wanted, a really dope office with custom desks, a super comfortable  bed and it was in Austin, a place we’d been wanting to live in for a long time. It was really beautiful. But we were still restless. The house, the furniture, the office, it was all nice but we still didn’t fit in with our own things. We still felt “trapped” in a way.

In July of 2012 we finally started talking about how we could actually live on the road and what it would take to do so. We did research, watched videos on YouTube, read other people’s stories like Where’s My Office Now, North South East Westy,  Wanderly and Foster Huntington and we thought “Man, this is totally doable!” and we set out to make this happen. We figured that since most of the work we do is already done on a remote basis, that working out of a van with an internet connection wouldn’t be that much different and wouldn’t put a damper on income earning potential. Also, because at times we are asked to come in and work at ad agencies, living on the road makes sense because it opens up all the major design markets to us. Now three years later, we’re still restless, only now we just fire up our van and drive to another spot with another view. Or if we know there’s a gig in San Fran or NYC or Seattle, we can take it on because of our mobile lifestyle. It’s truly liberating.

We aren’t ones to preach about possessions and the negatives of consuming more than one “needs.” We all have different priorities and are motivated by different things. To us, the hard part about life is simply cutting through the noise and realizing what it is you really want. Sometimes finding what you want only comes after finding out what you don’t. For us, we learned that having the “picket fence” wasn’t what we were looking for. It was freedom and adventure we were seeking. Maybe our wants and needs are different things at different times in our lives and maybe we will want that picket fence one day. But for Jess and I, right now, it’s this road life or van life or wandering life or simple life or whatever it is you want to call it. Living, working, and wandering.