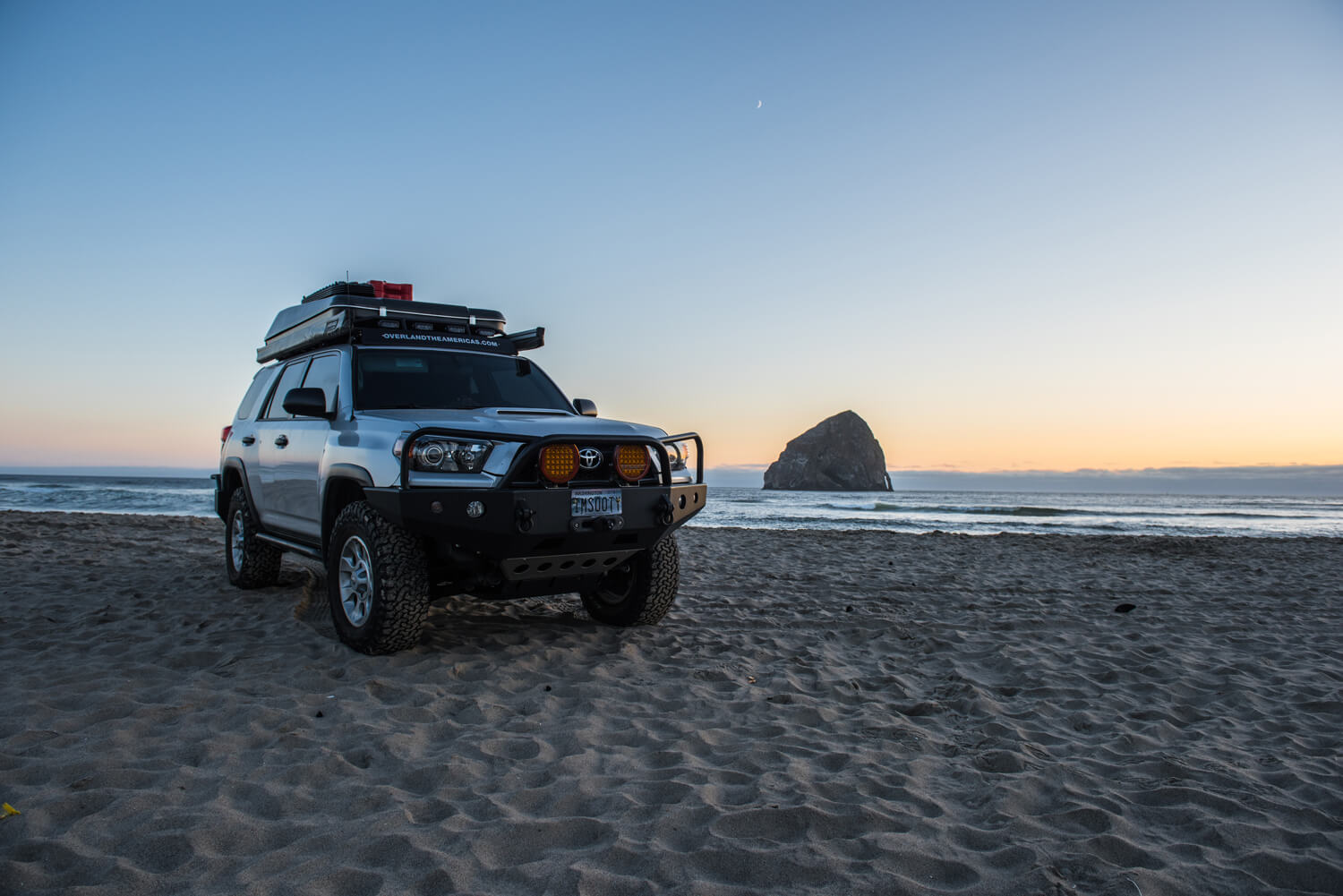 Taisa is from New Jersey and Ernesto is from Merida, Venezuela. We have called Seattle, Washington, home for the last 14 years. We have been on the road 2 years in July!

Ernesto: The toughest situation for me has definitely been parting with friends on the road. Many of the friends that we meet while traveling, we become very close with. I feel that I hurt really good friends by not communicating with them in a better way. I really regret it.

Taisa: For me, it is really tough not being nearby for close friends and family during their times of need and joy. I make it a priority to keep in touch, but sometimes I just want to be able to hug and hold them.

We were hijacked by a mouse in Canyonlands National Park in Utah. It’s funny now that the three-day saga is over.

It made itself at home, starting in the back of our truck (snacking on our beloved Everything Bagels) then making it inside of our dashboard (potentially gnawing on some wires) and then ending the charade in Taisa’s purse (enjoying her melty chocolate stash). Presents were left everywhere.

We then tried to scare it out of our truck by blasting our music and off-roading for hours, but still no luck.

Needless to say we were not amused, especially when by morning number 3 we still heard our guest taunting us from inside the dashboard. We caved and bought a quasi-humane trap (not effective) and an old-school trap (effective). Poor little mouse.

Ernesto also shit his pants (food poisoning). No details can be provided though.

Right now we can’t say with certainty where, but we definitely know that it would be in the mountains, near the woods.

Ernesto: Yes, often. The more people we meet, the clearer it becomes.

There is not only one way of seeing things. We’ve had many conversations that I see now as enlightening or awakening.

There is not only one way of seeing things. We’ve had many conversations that I see now as enlightening or awakening. One of them was with a friend in Mexico whom we met while fixing a flat. He was in need of a kidney transplant. He practically ran across the street to talk to us about our adventure. There was not one ounce of envy or jealousy, just excitement. He talked to us about his chances being pretty slim, but he still spoke with a lot of hope and dignity. Just about a month or so, he passed. And his words, appreciating life, have never been clearer to me. Rest in peace, Marcelo.

Taisa: So many people we have met along the way have shared their intimate stories with such openness and confidence. Stories about war, about their families, about aging, about personal hardships and triumphs. I didn’t know that I could experience such deep closeness so quickly, with so many people, and so often.

If you had an animal companion that could speak, what kind of animal would it be and why?

Ernesto: The unpredictable answer is a dog. I have always been a dog lover. We have met about 200 dogs so far and I probably wanted to take half of them with me. And, I probably chatted and cuddled with them more than I have with Taisa. They’re more understanding and they never disagree.

Cherohala Skyway and Beyond

Taisa: A monkey because just seeing one makes me smile. I imagine our monkey would be hilariously honest, resourceful and hopefully cuddly. It might even help us with grooming to stay flea and tick free? Hahaha!

Taisa: It’s a toss up between blue and green. But if I have to choose one, it would be green and it would smell like a lush forest.

For the both of us (but separately) it happened to be in Guatemala. It was near the top of Volcan Acatenango at 10,800 feet, overlooking the erupting Volcan Fuego. Epic and death defying, since it was pretty steep and narrow.

Sooty is our loyal Toyota 4Runner. We named it Sooty inspired by the Shearwater Sooty bird which is known to cover up to 40,000 miles a year during its migratory flight.

We bought and outfitted our truck with our overland trip through the Americas in mind. It took us 3 years to have it ready. Equipped with a Maggiolina RTT, fridge, storage, drawers, 3 batteries, solar panels, and everything else we need for life on the road, Sooty is our home on wheels. It’s taking us through some crazy and remote rough roads safely and soundly. It’s funny how attached one can get to a car. Answering this question is like a mom answering the question if her baby is cute. We love our truck!