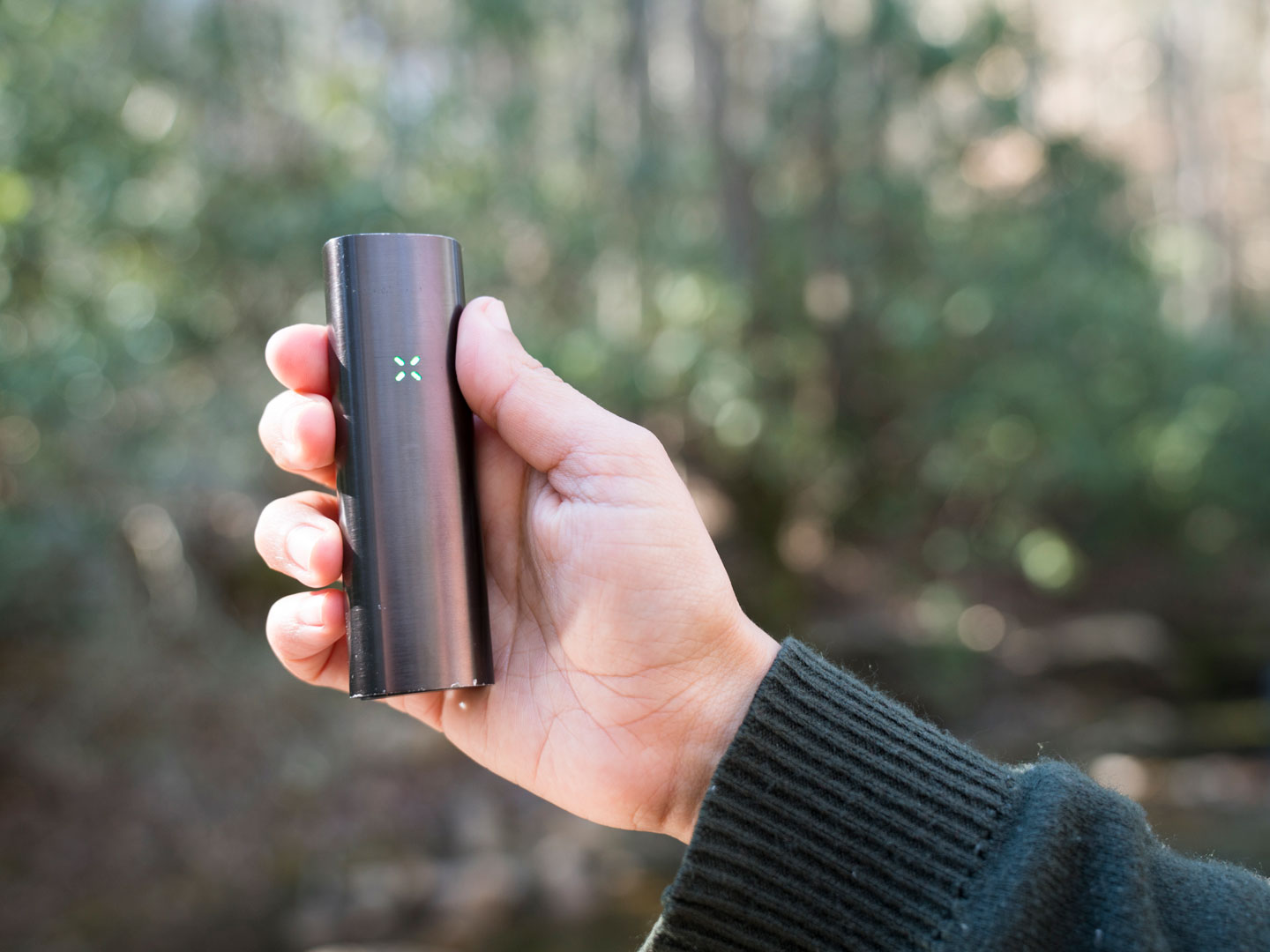 Ok, real talk. I didn’t smoke pot for the first time until I was 25. When I finally did, it was awful. The smoking part that is. Being high was friggin awesome, but the taste of burning marijuana made me gag and cough and hurt my fragile throat from which my mellifluous voice ascends. Thereafter, I would have a 2 liter of Coca Cola next to me to swig after taking a puff of the ganja to chase the taste and drench my burning throat in sugar candy water.

Fast forward a few years and finally voting has yielded some decent results and “the people” are starting to change laws and legalize my newest sweetheart, Mary Jane. But the problem was still either smoke the bud through a pipe, a joint, a spliff, a bong or buy the oil and use a vape pen. Smoking the flower like Bob Marley just sucks way too much. I can only drink so much Coca Cola, and while using the vape pen is nice, when we go into states where the laws are still backward and asinine, finding THC oil to vape is impossible.

The DJI Osmo One

Thankfully, capitalism has devised an answer. The Pax 2. A vaporizer that fits in your pocket, looks like an Apple device, and works with the bud itself thus liberating my sweet Mary Jane to be with me wherever I go. Except Mexico…and a bunch of other countries.

Load the Pax 2 with some freshly ground chronic, install the oven lid, press the button and when the light turns green, that means go. It’s an ingenious, fantastic, simple device to use. We bought our Pax 2 at Organic Alternatives in Ft Collins, Colorado but you can get one online here.

Smoking broccoli through this thing is like puffing on an iPhone. Seriously. When we pull this happy maker out people always comment on its aesthetic beauty and its build quality. I’m not sure what metal it’s made of but it is sturdy, smooth, and sleek like the body of a strong stripper. And smoking it is a delight. Like I mentioned above, smoking a joint was awful, so much so that Jessica would never even do it because she hated it so much. But with the Pax 2 each draw is smooth as butter and it retains the taste of the herb. It’s warm, flavorful, and just plain nice to drag on.

The oven where the nugget of herb goes heats rather than burns the marijuana so that when you smoke, you’re getting more THC or CBD rather than a ton of burning smoke. In effect, this allows the weed in the oven to last longer and for you to get more out of each nugg of green.

One draw back is that the slit through which you draw out the smoke can take a little getting used to. We’ve found that veteran pot smokers who don’t mind the joints, spliffs, or bongs have a little trouble getting a good pull from their first, second or third drag. Since Jessica and I are bougie bitches and rookie pot smokers, it was pretty easy to get the hang of the Pax 2 early on.

Finally, the Pax 2 has these lights on it that pulse and change colors. Purple means the Pax is heating up. Green means it’s ready for you to smoke. Blue means it’s in sleep mode. When the light is blue, pick up the Pax 2 and the gyrometer in the device activates to wake up the Pax 2 and it’s starts heating up your weed again. This little feature saves battery thus making your Pax 2 last longer. Also, you can press and hold down the mouthpiece button to adjust the temperature settings of the oven. Set it to its highest temperature after a few puffs has exhausted the grass closest to the oven walls. A higher setting will burn more weed and create a slightly harsher taste but it still isn’t anywhere near the awfulness experienced when dragging on a joint. Once your good and buzzed, stare at the lights for a while. Pretty awesome.

Oh and if you spin the Pax 2 horizontally, it enters party mode or Simon mode (yeah, you can play Simon on this thing and if you beat Simon, it’ll play Funky Town) or it shows you a color carousel or it does light painting. This damn is so amazing I think we should give its own national holiday. For more one the different modes check out this article: http://vaporreviewblog.com/pax-2-hidden-tricks-features/

All in all we love our Pax 2. We love being able to buy legal weed and we love be able to smoke the flower instead of an oil. If I could give this 6 stars I would but I’d rather eat some Ranch Doritos and sip on purple Gatorade.

nice one Jorge – its ain’t legal here in ireland yet but i’ll hopefully be ahead of the curve with this awesome contraption when it comes in. Excellent content as always but I felt one of your fart sound bite would have given it even more realism – that said I miss your guyz’ez vids! please post! no one cares if it in shop or whatever, forget the mileage just post if you can! (no pressure :P)

Lastly, you both rule . Peace.