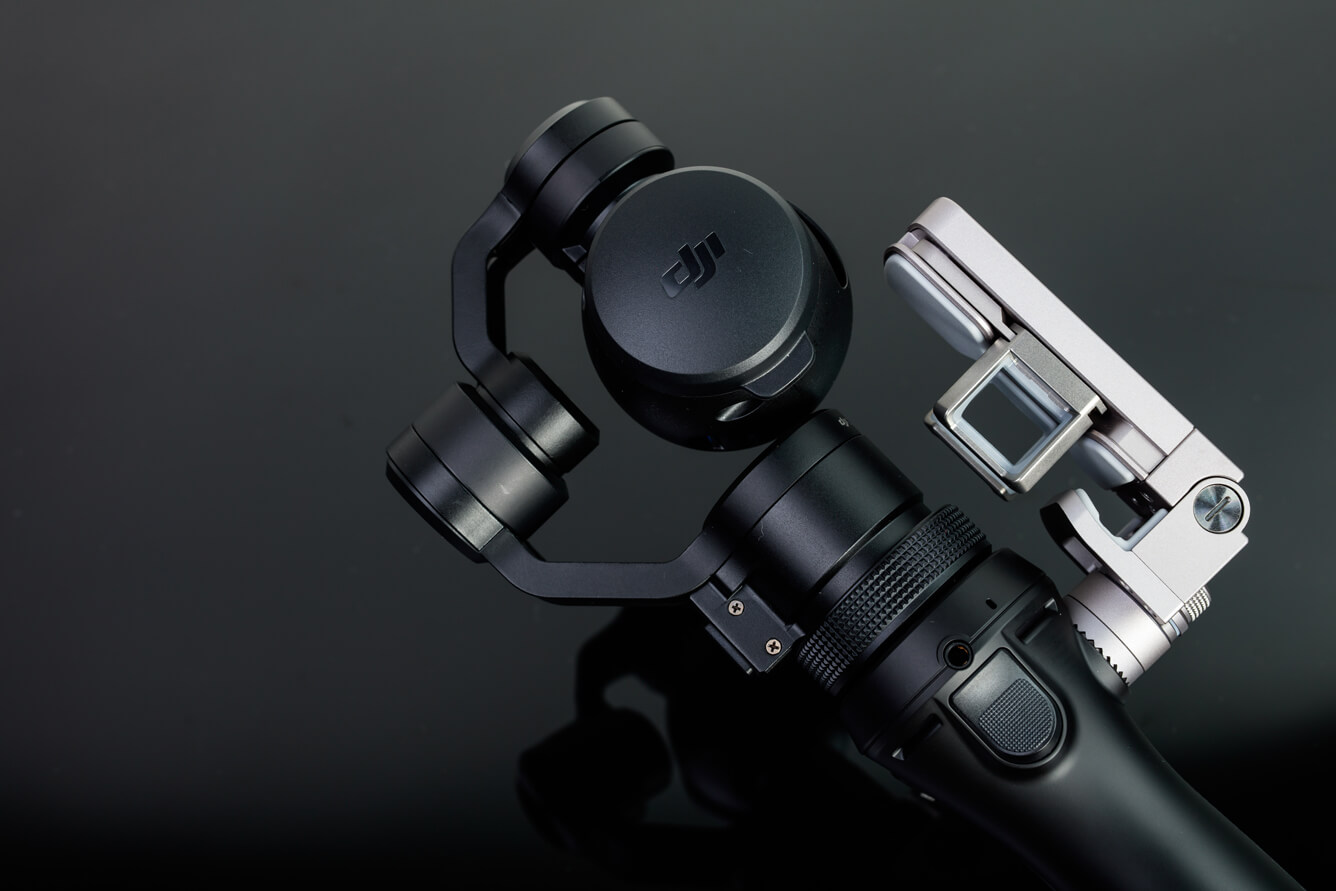 I bought the DJI Osmo 1 back in December of 2015. When I first saw it, I immediately fell in love with the device. It’s a handsome piece of gear that promises a lot in terms of stability, functionality and quality. I used it the following day in NYC where I walked with it and rode the subway around the city. I have to say, that out of the box, I thought this piece of gear was going to be a game changer for me. I was starting to attempt vlogging at the time and I figured this camera set up would be ideal for what I was setting out to do. After using it in a number of different environments for vlogging and for getting the kinds of stable b-roll shots in the van that I wanted I’ve concluded that the DJI Osmo falls far short of my expectations.

The DJI Osmo is, essentially, a handheld camera on a gimbal that includes a way to monitor footage as your shooting via a WiFi connected smartphone. It comes with an on-board mic and a jack to connect an external mic. The controls feature a trigger that when depressed and held locks the camera in place. Depress the trigger twice and it centers the camera on the gimbal, and depress it three times and the Osmo camera flips around to face the shooter, i.e. selfie mode.

In addition, there is a “joystick” control which allows you to pan and tilt the camera around a scene, and you can press either a record button for shooting a movie or a shutter button for taking a photograph. All of the buttons can be used either by your thumb or your trigger finger. Ergonomically, the Osmo is well thought out and super easy to use although the record and shutter buttons are a little too close which often results in the wrong one being pressed.

The Osmo doesn’t come with a viewfinder. Instead, it has an attachment on it that cradles a smartphone. It connects to the smartphone via WiFi and whatever the Osmo camera sees is mirrored onto the smartphone screen. The smartphone cradle is really well built. I’ve been impressed with how sturdy it is given how often I’ve had to stretch it open to its limit to place and remove my iPhone 6S Plus.

The Osmo shoots in a number of frames rates and resolutions. It has a 4k capable 1/2.3” CMOS sensor that can capture some really beautiful footage. 4K gets you 24/25/30p frame rates and it has a FHD 1080p setting that shoots up to 100p. That’s really not a bad range when you consider the form factor, function, and footprint of the camera. The footage it shoots is MP4/MOV or you can capture photographs in DNG (raw).

With all those features and a gimbal packed into such a small form factor you have what essentially is a camera that can and should be the ideal vlogging camera. Regretfully, while its feature set and potential use in filming vanlife related content is what made me purchase it, I’ve been sorely disappointed by the device.

To begin with, when the gimbal feels like working in a moving shot it delivers incredibly buttery smooth footage. But that’s only when it feels like working. I have, on more occasions than I care to remember, been attempting to get a moving shot when suddenly the camera head sort of just gets distracted and floats away from the scene. Quickly correcting with the joystick seems to exacerbate the problem. I think I can be heard on camera cussing the Osmo out for once again floating like a space cadet away from the scene.

While having the smartphone as a viewfinder is a good idea, the execution of this couldn’t be any poorer. Relying on a WiFi connection to connect to your phone when you’re trying to get “the shot” more often than not results in not getting “the shot.” It takes a remarkably long time for the WiFi signal generated by the Osmo to connect to the phone. What’s more frustrating is when you have to disconnect from other WiFi networks on your phone and then wait for the Osmo’s WiFi to connect. I’d say this is the number one reason why I simply don’t use the Osmo as much as I’d like. Connecting it to the phone via WiFi is just a pain in the ass that takes way too long and it’s something you have to do every time you either shut off the Osmo to save battery or every time the Osmo goes to sleep. It would’ve been so much better if there were a way to connect the devices via a lightning cable or something similar to get immediate and reliable monitoring regardless of the WiFi connection.

Another major drawback is that the on-board mic on the Osmo is completely useless. It is so bad that I wonder why DJI—who generally carefully considers everything in their gear—even included the mic. It is pitifully bad. Thankfully, they included a mic jack on the Osmo except even that sometimes doesn’t work. I have had multiple takes ruined because the audio from my external Rode mic was so bad. I know for a fact it isn’t the mic as I use the same mic on other cameras without issue. Only on my Osmo do I get audio that is completely garbled or just simply non-existent. DJI has introduced a little mic that you can purchase with the Osmo but at this point I just can’t bring myself to buy anything else for this Osmo considering…

…On too many occasions the Osmo has simply ruined footage or just not recorded at all. One occasion was when we were traveling in some really beautiful terrain where I wanted to capture an owl that was flying near us. I hit the record button and the Osmo just froze. When that happens I have to engage in about 5 minutes worth of restarts and reconnecting the WiFI to get the damn thing to shoot normally again. Needless to say, the owl was long gone by that point and I missed the shot. And if it does decide to shoot, there isn’t a 100% guarantee that the footage will be usable when I off-load it onto my hard drive. I have about 3gigs of footage that is simply corrupted that came from my Osmo. This is the main reason why I won’t use the Osmo for anything except shooting b-roll footage out of the window, and really, that’s a very narrow use for a device that should be capable of so much more.

Many other problems abound with this device like battery life and time-lapse quirks but I think you get the picture. I have updated to the latest firmware and have reached out to DJI about these issues. Nothing has gotten these issues squared away. I really want to love this thing and I still have it around and it still takes up space in our van because every time I look at it, I can imagine us together walking down a beautiful West Coast shoreline at sunset and I see all of its potential. But it just treats me so bad. Why do you treat me so bad, Osmo? One and half stars for this camera just because I’m mad at it right now.

So if the Osmo is a bust, what are you using for the buttery smooth shots you’re publishing?

episodes one and three on YouTube are shot on the Osmo almost exclusively. Episodes 2 and beyond have almost no Osmo footage. I use either my iphone, gopro 4, Sony HX80 or Sony A7RII for any other shots you see.